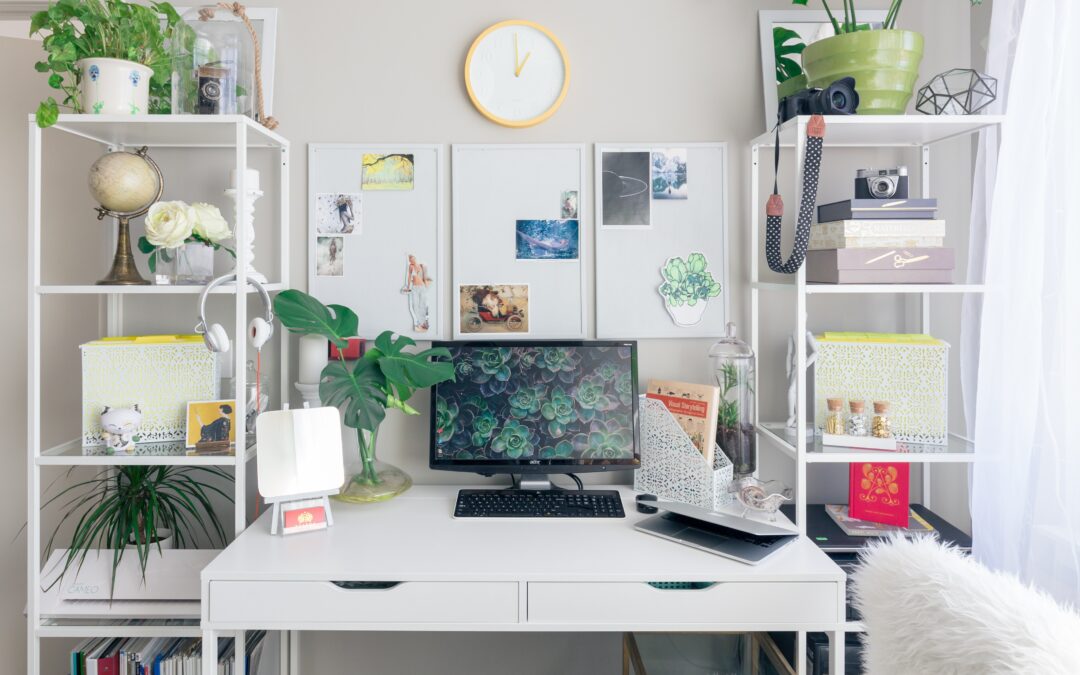 Ever since I watched “Tidying Up with Marie Kondo,” I have been on what can be described as no less than a rampage to rid my surroundings of clutter. My newly developed eagle eye for the material sh!t that is keeping me down has helped me find a few hiding places that clutter has gone unnoticed for a long time. We all know the common places where we shove stuff that we don’t want to think about again until we move but I’m talking about the places that we encounter every day and don’t even realize how cluttered they are, especially the digital ones. When you take the time to clean these places, you’ll be amazed by how much lighter you feel. And since I am not doing that keto sh!t like the rest of you, anything that makes me feel a little lighter is worth the time.

I’m not going to talk to you about unopened emails. If you have over a hundred unopened emails in your inbox, you know who you are and hopefully you realize you have a problem. I want to talk about the clutter that is delivered daily (which may makeup some of those unopened emails). If you counted up the seconds and minutes you take multiple times a day to skim through the number of mass emails you receive, it would probably be enough time to care about losing it. Take a
couple of hours, or make a point of doing it daily for a week, to unsubscribe from those emails. You don’t need them. If you are looking for a deal on a new shirt or pair of shoes, check the company’s website or google a coupon code. Don’t let those companies waste your time and money tempting you to buy stuff you don’t need and probably weren’t looking for in the first place.

Your Desktop and Digital Files

If your computer desktop looks like something out of A Beautiful Mind, you may have some clutter you need to deal with. When was the last time you went through your desktop shortcuts and your files to get rid of what you no longer need? I know it’s hard to finally delete that file with all of your amazing papers from college (what if you want to publish them one day?!) or that folder of custom content you downloaded for The Sims but you haven’t played the game in years (hey, no judgement here if it’s been more recent than that). Even though your computer is essentially a Mary Poppins bag of storage, does it really need to use it on stuff you just don’t need? Those files and shortcuts are the digital equivalent of the boxes piling up in your attic. Don’t be a digital hoarder – get rid of it.

Raise your hand if you have talked to 100% of the contacts in your phone in the last year. Anyone? Anyone? Yeah, me neither. At least once a year, clear the clutter that is old contacts. You don’t need the number of that guy from your Stats 101 study group from freshman year or your ex-coworker from three jobs ago. In the off chance that they do actually call you (do people actually use the phone for calls anymore?), do you really need to know who it is? Cull your contacts down
to the people you really need in your life and call it a day.

How many apps on your phone do you actually use on a regular basis? If you’re like me, probably fewer than you currently have on your phone. In this app-driven world, it’s easy to let that digital clutter build up. But this clutter may actually be detrimental to you the longer you let it linger. Depending on if you read the terms and conditions of every app you downloaded (I’m guessing not), you may be giving away a lot of personal data to those app companies just by keeping their apps on your phone. Remember the hubbub when we all discovered that we essentially gave away our identities to a sketchy Russian company just so we could see how we will potentially look in 50 years? I’m guessing you haven’t opened that app since you used it that one time so go ahead and delete, along with any others like it.

From the digital to the nearly archaic – your keychain is a sneaky hiding spot for clutter. Until about a week ago, I had 5 keys on my keychain for houses I haven’t lived in since I graduated college. I had plastic key tags from gyms I haven’t been a member at for years and for stores that don’t exist anymore. I also have a few keys that I have no idea what they unlock at all. I always knew my keychain was bulky but I didn’t realize how unnecessary that bulk was until I actually looked at what was on there. While I’m sure that the concept of keys will soon be a thing we tell our grandchildren about as they roll their eyes at our nostalgia, in the meantime it’s nice to have a keychain that doesn’t take five minutes to sort through to find the right key.

If you really want to treat yourself, clean out your wallet. Every time I do, I find old gift cards that I have completely forgotten about. They all have less than $5 on them but every little bit counts, right? If you’re like me, you’ll also find expired insurance cards, business cards for people you don’t remember, or coupons you don’t need. Get rid of that shit. It’s not worth the space it takes up.

In what weird hiding places have you found clutter?

This post is brought to you by Liveli Planner, a digital day planner designed to help you do everything you need to do in a day in one place.